Nintendo has confirmed that it is developing a new game for Android phones and for the iPhone, a role-playing game (RPG) called Dragalia Lost.
Everyone is aware of the impact that Nintendo has in the world of video games. When it launches a new console or a new title of its main franchises it is rare the medium that does not echo and the enthusiast who does not pay attention.
And for some years now, the mobile world has not been foreign to the console.
Nintendo has tried different approaches from the free to play of Miitomo to the pay per game of Super Mario Run. But the greatest success has been with Fire Emblem Heroes, an old-school RPG.

Dragalia Lost, an RPG with dragons 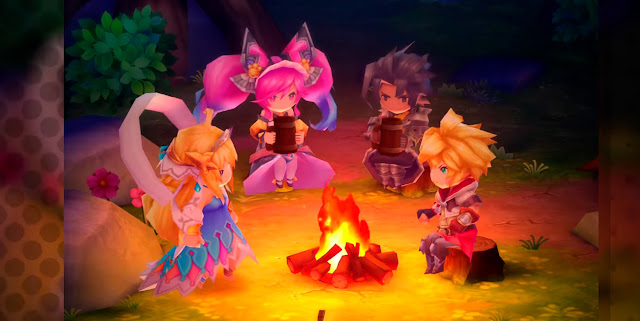 This time the Japanese company has partnered with Cygames, just as it did with Niantic to launch Pokémon GO. This company is the developer of Granblue Fantasy, a very successful RPG in Japan.
In fact if we look at the designs we could think that the aesthetics of that game is the realistic version of the one that shows Dragalia Lost in its promotional video, in which there are cinematics but also some scenes of real game in which we see our group of adventurers with the typical green bars of life on their heads
We move away from the occasional game and see that it is a proposal that will require players to improve their characters, unlock skills…
There are still no details of the operation of the new game but it is very possible that it works with a “down” system, that is, that we buy over, chests or similar elements to obtain random objects, similar to how Clash Royale or HearthStone work. The Fire Emblem Heroes itself works like this.
Dragalia Lost will be published this summer in Japan, Taiwan, Hong Kong and Macao and somewhat later, although dates haven’t been given, in Europe and North America.